Danish soprano Philippa Cold studied in Odense, Stockholm and Copenhagen. Based in Copenhagen she is currently exploring her new repertoire with Danish Wagnerian soprano Eva Johansson.

Philippa Cold is the winner of the 3rd prize in The Lauritz Melchior International Singing Competition 2020 singing Sieglinde from Die Walküre and Senta from Der fliegende Holländer in Musikkens Hus in Aalborg with Aalborg Symphony Orchestra and conductor Ralf Weikert in the presence of Her Majesty Queen Margrethe II.

Philippa Cold sang the role of Alice Ford in Falstaff with Den ny Opera in Esbjerg in August 2021 as well as Fiordiligi in Mozart’s Così fan tutte with opera group Nontardar on tour in all of Denmark in season 21/22.

She appeared as Proserpina in Monteverdi's L'Orfeo at The Royal Danish Opera with Concerto Copenhagen and conductor Lars Ulrik Mortensen in 2020.

She has performed as soprano soloist in Stabat mater by Dvoràk with South Denmark Symphony Orchestra and South Denmark Philharmonic Choir in April 2021.

In the autumn of 2020 she sang Gerald Finzi’s Dies Natalis and Fauré Requiem with Randers Chamber Orchestra and conductor David Riddell. She repeated Dies Natalis with members of the Danish National Symphony Orchestra in June 2021. The concert was broadcast by Danish national radio.

In 2019 she dived into modern opera with the newly written opera ‘Kommentarfeltet’ by Norwegian composer Trygve Brøske and the opera ‘Go’nat, min skat’ by Danish composer Karsten Fundal with MusikTeater SaltoMortale.

Furthermore she sang the role of Donna Anna in Mozart’s ‘Don Giovanni’ with Nontardar on tour in all of Denmark and of Emmy Høyer in ‘Den kongelige Gæst’ (The royal Guest) by Danish composer Hakon Børresen (1874-1956) at Copenhagen Opera Festival and Funen Opera.

In 2018 she sang Fiordiligi in Nontardar’s production of ‘Così fan tutte’ at Funen Opera and Michaela in ‘Carmen’ in Nykøbing Sjælland. She also appeared in Carl Nielsen’s Espansiva Symphony with South Denmark Symphony Orchestra (Sønderjyllands Symfoniorkester).

She sang Mabel in ‘Pirates of Penzance’ and Yum-Yum in ‘The Mikado’ by Gilbert and Sullivan and the title role in Offenbach’s ‘La belle Hélène’ at the Court Theatre in Copenhagen.

At Copenhagen Opera Festival she was Charlotte in ‘A Fairytale in Rosenborg Gardens’ by Danish composer C.E.F. Weyse. 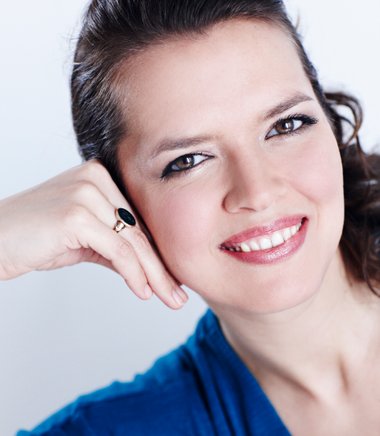 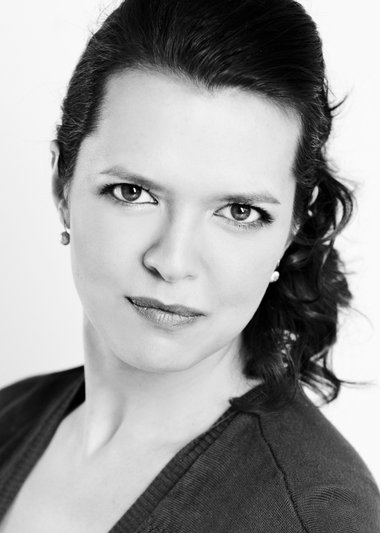 A selection of roles